Tell us about a time you felt like an outsider, and what helped you feel more included.

Being a triple minority—black, LGBTQ, and female—working in technology and living in Minnesota, I feel like an outsider in most of the rooms I walk into. I often feel a burden to teach others about my culture and identity while also proving that I belong. I frequently question whether I’m being judged by the way I dress, if I’m ‘code-switching’ so that my vernacular is understood, or if I’m being looked down upon because of my hairstyle. This is an unfortunate reality that many underrepresented minorities live through — but with inclusion efforts, it’s a reality that’s not being accepted.

Making changes through action is the thing I look for in people in the workplace and in relationships. In any environment, it’s easier for the folks who identify with the majority to reach out to someone that may be outside of ‘the circle’ and pull them in. Whereas for someone in the minority, it’s much more intimidating to assert yourself into the circle.

In my perfect world, we would not just bring others into the circle, but we would break the circle — creating an allied environment of unique and different individuals. I'm proud to work in a place where we are well on our way to celebrating differences instead of conforming!

What experience has shaped you as an employee?

I am a firm believer that athletes make amazing employees, and that sports build character. I’ve played sports all my life and played Division I basketball for four years of college. I traveled the US meeting people with different identities, personalities, and stories. I’ve had teammates from almost every continent. Different people play in complementary roles and the barriers that have been broken down by athletes and teams is remarkable. At the end of the day, our differences didn’t divide us, they made us stronger. Another lesson I’ve learned is that leadership comes in many different packages. As a point guard, I led not by demanding action, but by example. I learned to inspire others with my work ethic instead of motivational speeches.

I developed empathy for every one of my teammates. It’s astonishing to see these same qualities come into action when working with a development team.

Basketball has taught me how to handle adversity, respond to nice and harsh feedback, manage my time, and be resilient and humble.

What advice would you give your 22-year-old self?

I’d tell 22-year-old me to focus on finding myself. Although financial stability is important, don’t sacrifice your happiness, soul, or beliefs in pursuit of it. In college, I was super focused on basketball and finding the highest-paying job. As a result, I didn’t use that time to explore other interests even though I had every resource at the tips of my fingers.

I'd also tell myself to study abroad to immerse myself in another culture.

Ultimately, my message would be to find a good balance of exploring your true self while taking smart steps towards stability. If you don’t enjoy what you’re doing, it’s very likely you’ll burn out. If tech is truly the route you want to take but you aren’t passionate about it, maybe figure out how you can apply tech to something you are passionate about; build apps for organizations you love or help youth learn to code. I wish I’d started doing things like this sooner in life.

Humans must first make ourselves uncomfortable, or else we won’t move, and what I’ve begun to learn is that perceptions are not static.

In what places/situations are you most comfortable and confident? What qualities of the people there made you feel the most accepted and appreciated?

Finding an environment where people make a genuine effort to know me, understand me, and value me is the type of culture that I look for. I believe this effort to find inclusion goes two ways, and that this kind of effort is the most effective method to build mutual respect and trust.

I seek out places where the people welcome someone they may not identify with, or where they welcome others and things that are “out of the norm.”  Humans must first make ourselves uncomfortable, or else we won’t move, and what I’ve begun to learn is that perceptions are not static.

Why did you decide to join Slalom?

Slalom is a great fit for my career and my values. There are numerous opportunities for professional training and developmental learning available. As a consultant, I’m getting exposure to many different businesses and technologies. I’m learning several working methodologies and how to navigate various workplace cultures while remaining true to myself and my values. There’s a bit of an entrepreneurial feel here too, so my hope is to be prepared to go in any direction with my career.

I also chose Slalom for the workplace culture. We have the freedom to mix the things we care about with the company we work for. I love that there are pro-bono efforts to help other local organizations in need.

Employees gain a sense of purpose here. Additionally, leadership has made a commitment to inclusion efforts and are transparent about processes and progress. We acknowledge biases, welcome change, and embrace differences.

I'm happy to be a part of this cultural movement. 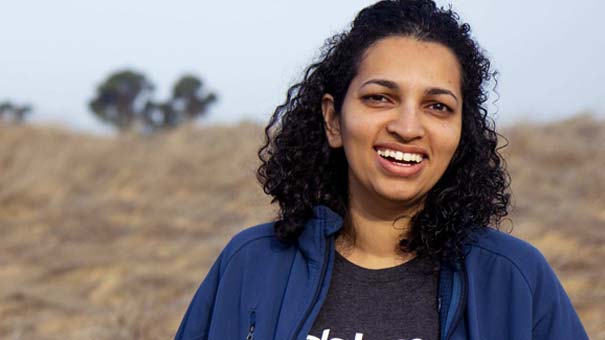 Shweta Shidhore and the quiet power of humility

Mukhtar Shariff is teaching underserved kids how to code

Not a weekend-only dad