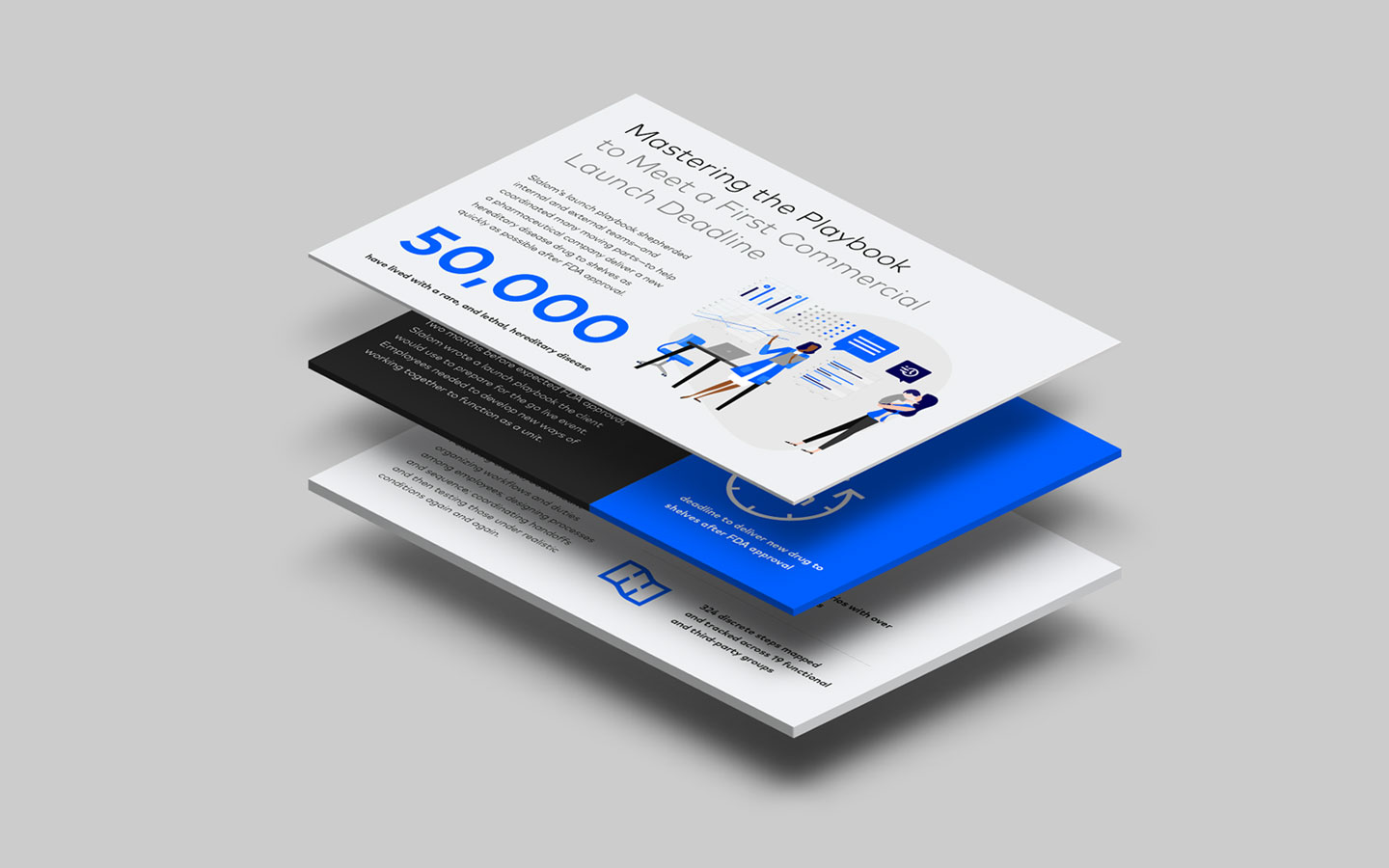 See how we helped our client prepare to deliver a new drug to shelves within 48 hours of FDA approval.

Accelerating the timeline for a lifesaving drug

An estimated 50,000 people around the world have been living with a hereditary disease that can be difficult to diagnose. Patients with the disease die, on average, within a dozen years of diagnosis. There was no cure. There were no approved treatments. But every patient living with it knew a new drug was coming and was desperate to begin therapy as soon as the FDA approved it.

That new drug’s maker, our client, knew there was no time to waste and wanted that drug to be on shelves within 48 hours of FDA approval.

Realistic? With the right plan, maybe.

Big Pharma has deep experience with bringing drugs to market, and our client’s employees hailed from many of the biggest and the best. But our client was also transitioning from a purely research and development focus into commercialization, where all of the systems and the teams were new. And while most employees had experience in drug launches, they’d need to align around new ways of working as they’d never worked as a team before.

Adding further layers of complexity, the drug for this rare disease proved expensive to produce and somewhat difficult to transport. The product required precise temperature controls as it navigated supply-chain channels.

With a couple of months before expected FDA approval, our client needed to develop a detailed launch playbook that organized workflows and duties among employees and then tested those under realistic conditions to prepare for the actual event. They brought Slalom in to write it.

Preparation would involve assigning individual, team and group roles and responsibilities; designing processes and sequence; coordinating handoffs; drilling; more drilling; reviewing lessons learned—in short, team-building, coaching, leadership and enablement on a massive scale. All of this needed to be coordinated on a short timeline.

Our client’s investment in R&D totaled hundreds of millions of dollars and untold man-hours; getting the launch right meant recouping that investment. All the while, the clock was ticking.

The Slalom team started by focusing on what it took to get the drug on the shelf, with a focus on reviewing and aligning employees on the processes, sequence, stakeholders and technology involved, as well as the likely obstacles they’d encounter. Next, they vetted the process by putting everyone through a dry run—practicing like game day. Afterward, the team analyzed the results for any gaps in duties, handoffs, skills, sequence and timing. Many details needed to be coordinated with internal and external teams. Patients were waiting.

The Slalom team summarized all the lessons-learned into the final playbook and identified any remaining areas of risk, bottlenecks, and places where everything had to go perfectly to make the deadline. More practice, refinements, drills. Meanwhile, the clock kept ticking. Then the FDA called. Our client ran the playbook. They delivered—in under 48 hours. Patients win. 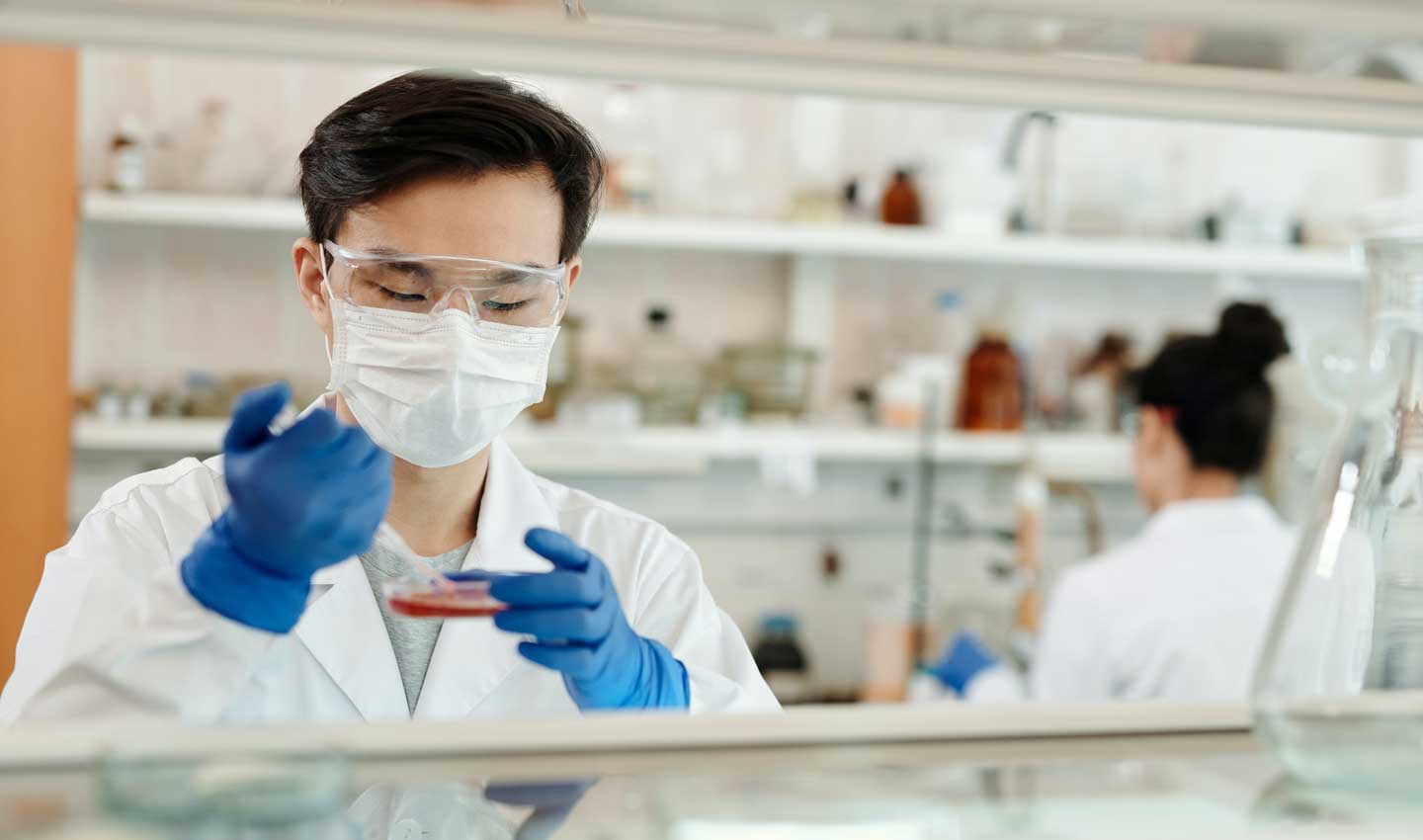 InputHealth: Delivering same-day COVID care to the residents of Ontario 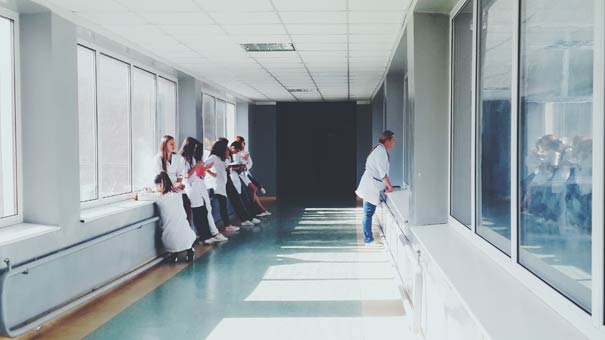