Before the start of the pandemic, Slalom was poised to help the City of Chicago with a new initiative for Chicago youth. But then “the world changed in a matter of days,” says Shelley Fulla, lead consultant for Slalom. “In a very nimble way, we helped with what was most important.”

The early numbers of the public health crisis were alarming—70 of the first 100 Chicagoans to die from COVID-19 were Black. Not long after, Latinx individuals were leading in newly diagnosed cases. Mayor Lori Lightfoot acted fast to address the pandemic’s disproportionate impact on the city’s communities of color. In April 2020, she created the Racial Equity Rapid Response Team (RERRT), a cohort of city, hospital, and community partners whose mission was to address the immediate needs of the most affected communities and provide hyper-local data to help community leaders. Led by Chief Equity Officer Candace Moore and Deputy Mayor for Education and Human Services Sybil Madison, the RERRT helped inform the data visualization tools we built for city decision makers.

The art of the possible

As the epidemic flared and businesses shuttered across Chicago, the city government ramped up financial assistance. To help ensure equitable disbursement of funds, Slalom built two dashboards for city decision makers—one for a micro-grant program, and another for the Small Business Resiliency Fund (SBRF), a loan program.

Flurries of SBRF applications came into the Business Affairs and Consumer Protection (BACP) office through an online portal and via community partner organizations. Tracking the applications and reporting statistics to the mayor, plus Chicago’s CFO and the city council members—who remained accountable to their inquiring constituent applicants—was no easy task.

The BACP office had to parse application data and report it back to the mayor’s senior leadership team. Slalom worked closely with the city’s Chief Small Business Officer, Kenya Merritt, along with key staff from the Office of the Chief Financial Officer, to facilitate the process with data visualizations. One interactive dashboard showed business applications by industry, neighborhood, and the gender and race of business owners. Graphs demonstrated applicants’ eligibility status, how many were reviewed and approved, and the percentage of total available monies awarded.

With the dashboard, Merritt could see snapshots representing statistics across all neighborhoods—and drill down for a view into each one. During a meeting, she told us, “I’m going to cry, this is going to save me so much time.”

After the dashboard launched, the city organized and processed 11,000 applications in just two days. Decision makers had the insights they needed to ensure equitable distribution of the fund’s $100 million. Heatmaps on the dashboard also highlighted which neighborhoods contained businesses that hadn’t applied so that smaller, community-based organizations could reach out to connect them to the resource.

When city stakeholders saw the SBRF dashboard, and what could be done with data visualizations, they connected our consultants with the RERRT and people in Chicago’s Department of Public Health (CDPH) who needed help.

We've been committed to transparency. I want people to see the same information we're seeing.

When Slalom first started working on the COVID-19 dashboard, everyone assumed it would be an internal-facing tool. “We saw what was possible with the data, and we designed it so they could make actionable decisions,” said Jamie White, Slalom user experience designer, who partnered with dashboard developer Jonathan Horowitz on the project. (Along with the dashboard, we also provided strategy and wireframes for the city’s COVID-19 website—a quick turnaround redesign.)

As the outbreak spread, city stakeholders needed to understand what was happening across the city geographically, and also within different race, age, and ethnic groups. The raw, open data—made publicly available through the Chicago Data Portal—was vital to informing their decisions about where to deploy testing sites, focus contact-tracing efforts, and which community-based groups they should support with more targeted outreach.

Horowitz and White talked to the RERRT, started building the dashboard, and then invited input from the CDPH.

“The health department came at it from an epidemiological perspective. We came at it from a visual and storytelling perspective,” says Horowitz. When the CDPH team saw the visuals and the stories they told, they jumped in and contributed even more ideas.

“I offered a wish list of every indicator that might be of interest to our stakeholders, and Slalom proposed a design that remarkably matched the vision,” says Nikhil Prachand, the director of epidemiology. “It didn’t take a lot of iteration. If some request pushed the capacity of the software or the design, they quickly found an alternate solution.”

The most challenging work for the dashboard developer—an interactive feature Horowitz would “wake up thinking about”—is a pop-up scorecard that lists COVID-19 statistics for each zip code on a map. Users can compare their neighborhood’s scorecard against other areas of the city. It’s a feature the commissioner of public health references during her “Ask Dr. Arwady” show on Twitter and Facebook Live.

“I use the dashboard in my public teaching about COVID-19,” says Arwady. “I show them how to work the data controls, positivity rate, and how we’re doing from a testing equity standpoint across the city. I use it live to encourage others to do their own digging about their neighborhoods.”

The tool has saved the health department untold hours of work. Now, the CDPH team can spend their time on deeper analysis and solving emerging problems instead of responding to repetitive data requests.

The dashboard is doing the work of a team of epidemiologists at the touch of a button.

Given the life-and-death nature of the pandemic, the decision to share the dashboard data was easy. “We’ve been committed to transparency. I want the people to see the same information we’re seeing,” says Arwady.

Every morning, Arwady opens the dashboard during her 8:00 a.m. call with the mayor. “It’s really the centerpiece of our COVID response,” she says. Sometimes, other sources don’t line up with the information Arwady observes during her call, but it’s not a cause for concern. “We consider the dashboard the source of truth,” she says.

The COVID-19 dashboard has even had a reach beyond simply informing people about public health statistics. A few Chicago nonprofits have used it as a grant-writing resource to help secure funding for disadvantaged communities.

For UX designer White, the COVID-19 dashboard represents “the real power that can happen when you merge data and design, and you do it in partnership with very smart, thoughtful, and passionate clients.”

Every Slalom consultant involved in this project expressed gratitude at the chance to serve their local community. “This is the most impactful and most meaningful thing I’ve done in my career,” says Horowitz. 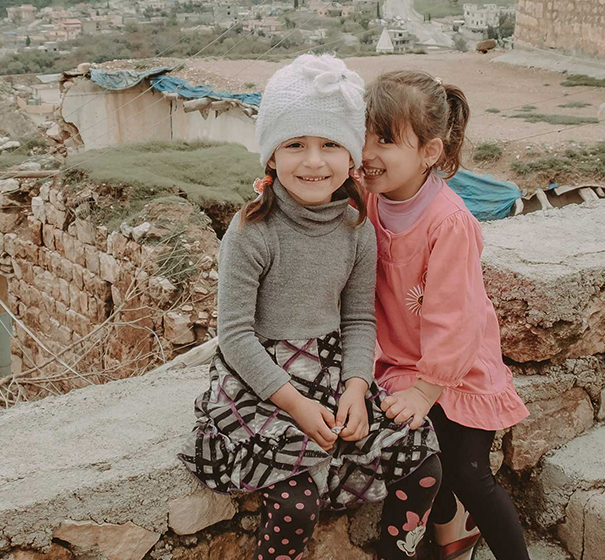 City of Oakland: Creating police transparency and trust with data

City of LA: Shining a light on recovery and reopening