When Ian Kiernan went on a sailing competition around the world in the late 1980s, he sailed through oceans that were supposed to be the most pristine and magnificent in the world. He expected to see beautiful blue water, sea turtles, whales. But what he saw shocked him.

In places like the Sargasso Sea in the North Atlantic, a place he’d read about as a child and always wanted to visit, there was human-made waste everywhere. Plastic bags, bottles, diapers, empty toothpaste tubes. “His sailboat was covered in sludge,” says daughter and Clean Up Australia Chair Pip Kiernan. “He was horrified. And angry.”

When he got back home to Sydney, he turned his anger into action. He rallied a group of friends to help organize a community event, Clean Up Sydney Harbour Day. Back then, people were throwing a lot of waste straight into the harbor.

“He was ringing up his mates the night before saying, ‘Bring your rake, bring your gloves, bring a bag, and come join me,’” says Pip. He hoped a few hundred people might turn up.

Instead, 40,000 people showed up ready to help. And Clean Up Australia was born.

Since then, more than 19 million Australians have volunteered with the organization. In 1993, the United Nations asked Clean Up Australia to create and oversee a global initiative, Clean Up the World, which now provides support and guidance to over 133 countries.

An urgent need for change

Today, Clean Up Australia’s mission goes far beyond cleanup. “Our focus is as much on prevention as it is removal,” says CEO Terrie-Ann Johnson. Every year, Australia produces 2.5 million tonnes of plastic waste. Of this, only 13% is recovered and 84% is sent to the landfill. Around 130,000 tonnes of plastic leak into the marine environment each year.

“We can’t continue to be ripping materials out of the earth and tossing them away,” says Pip. “We need to move towards a circular economy where we think of things as a resource instead of waste. We need to be mindful and cautious about how we design a product or packaging, with its end of life in mind. Dad was talking about this concept 32 years ago.”

In 2018, Ian Kiernan passed away after a short battle with cancer. He’d received many honors for his conservation work, including the UN’s Sasakawa Environment Prize, Australian of the Year, and the Officer of the Order of Australia, the highest recognition for service in Australia. His legacy continues to live on through his daughter, the organization and the countless people he’s inspired all over the world.

We can’t continue to be ripping materials out of the earth and tossing them away.

“I remember getting the gloves and the t-shirt and picking up rubbish for an entire day,” says Slalom consultant Amanda Ly. “The opportunity to help an organization that I’ve known since I was five was amazing for me. I didn’t realize the full-time team was only six people because they are just so well-known in Australia for the work they do.”

Clean Up Australia is very careful about keeping its overheads low. “With every donation we get from the public, 100% of that goes back into the community,” says Pip. “The ethos of our organization is to be very careful with anything we’re spending, and I’m very proud of that.”

Our Slalom team came in to support this ethos with technology.

“We’re a small team, so we have many different responsibilities,” says Johann Kytzia, Operations Manager for Clean Up Australia. One of Johann’s responsibilities is creating reports on Clean Up Australia’s priorities and progress, which the team shares during regular board meetings. The organization’s priorities are waste reduction, education and insights, optimizing resource recovery, and circular economy solutions, each with their own goals and programs.

To create the reports, Johann would have to manually enter data into an Excel spreadsheet, which was a “lengthy, painstaking process,” he says. It’d take him six hours, and because it was all manual, there were many opportunities for human error.

We partnered closely with Johann to cleanse the data, creating formulas to automatically correct inaccuracies, identify holes, and calculate things like numbers of event occurrences and volunteers. We had daily check-ins with him to make sure we were building a tool that would scale with the organization, and we trained him to be able to use it confidently in the future.

Updating the data has gone from taking six hours to 15 minutes. “The process has been completely simplified and comes out with wonderful results,” he says. “It has saved me a lot of pain and time and freed me up to work on other tasks. And the data will be more consistent.”

We also built user-friendly data visualization dashboards in Microsoft Power BI for the team to share during board meetings.

“The power of the visualization of data – it’s an amazing thing, isn’t it?” says Pip. “It’s completely different than looking at data on a spreadsheet. These visualizations are so dynamic and easy to filter. They’ve ignited great discussion because the data was presented in a visual way that really brought it to life for our team and our board. It’s a really powerful thing for us.”

The team can now easily track how its programs are performing and know where it needs to allocate resources. “Where are we doing really well? Where do we need to put more resources? We can make better-informed decisions because we’re seeing things clearly,” says Pip.

Our teams are finding more ways to work together, using our technology expertise to help Clean Up Australia make a powerful impact every day.

“I just want to commend the innovation of the Slalom team,” says Terrie-Ann. "Never have I worked with consultants who have been so enthusiastic, delivered everything on time, been so fun to work with, and been highly respectful of us as a team and our own skillsets. They’ve brought us on the journey without us ever feeling as though we’ve been stupid or should have understood something. I come away energized every time I meet with them.”

A legacy that lives on

Little did Ian Kiernan know, when he rallied his friends to clean up the harbor all those years ago, what an immeasurable impact he was going to have on the world. He could have seen all that pollution during his sailing trip and thought: It’s too much. There’s nothing I can do. But instead, he called a friend, and they called their friends, and on and on it grew. One action, one piece of rubbish, at a time. Look at the power of that.

If you’d like to support Clean Up Australia’s mission, learn how. 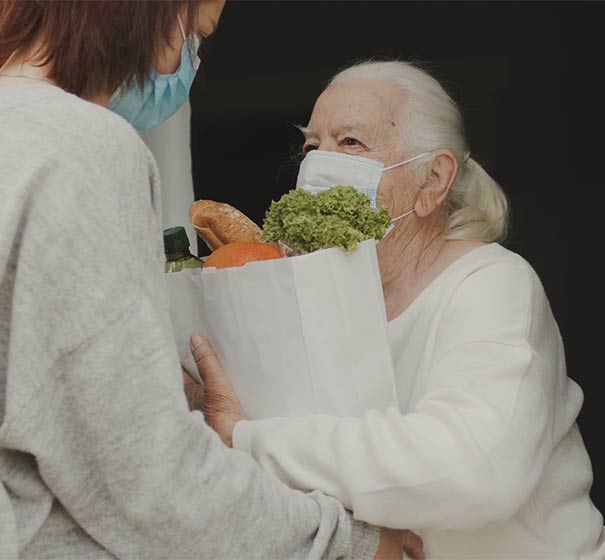