Custom homes with flexibility built in

Buying a home is an enormous financial decision. Building a home is a journey of many enormous decisions. Porter Davis Homes has been building homes in Australia for more than 20 years, and the company doesn’t just construct beautiful spaces. It guides customers through the entire home building process, from planning through to moving into their new living space, helping them realize their vision while ensuring every decision is made confidently.

As Porter Davis Homes founder Anthony Roberts says, “Building a house, buying a house … it’s up there with the top two or three things you do in your life.” When the company was founded, its teams focused on building homes with substance and style. But they also put customers first, providing them greater certainty about the home building process. Porter Davis Homes has become even more customer-centric by listening more actively to what its customers want and designing homes that reflect their needs – both physical and emotional.

Today, when customers decide to build a home with Porter Davis Homes, they have access to architectural, interior design, personalization, and project management services – all online. Customers work with a dedicated building team through a web portal where they can follow their home building journey, review and submit documents, and ask questions. Even after the home is complete, customers can use the portal to access their warranty and manage any issues that arise during their first 90 days of ownership.

The web portal is crucial to ensuring customers have instant access to all the information they need, from clear pricing to reliable scheduling. That’s why ensuring the portal and all digital experiences are working optimally 24/7 is extremely important.

When its data centre contract came up for renewal, Porter Davis Homes identified an opportunity to build a digital infrastructure better suited for its “always-on” customer service. The company’s IT team decided to review options for consolidating services and implementing simpler solutions that could bring control in-house.

The new, modern environment is flexible and adaptable … while being easier to monitor and manage.

Helping the builders move in

Previously, Porter Davis Homes relied on third parties to manage its IT services, which was inefficient and ineffective in the long run. The company sought a technical foundation that could support its digital aspirations long into the future – with easy and affordable maintenance. By moving to the cloud, teams at Porter Davis Homes could avoid capital expenditures and manage systems themselves.

When Porter Davis Homes explored migrating to Amazon Web Services (AWS), AWS recommended us as a Premier Consulting Partner who could help map out a data migration strategy. Like its own customers, Porter Davis Homes wanted a trusted delivery partner that would take its small infrastructure support team on an educational journey, not just build them a solution and then leave with the blueprints. It found that partner in Slalom.

Writing up the blueprints

We conducted a discovery and outlined options for infrastructure, providing clear visibility on cost and expected outcomes. Then, together, we decided on a co-delivery process for the migration that would enable Porter Davis Homes’ three-person infrastructure team to ultimately manage its own platform.

The approach was collaborative from the beginning. We worked with the infrastructure team to identify challenges behind the scenes and assess their existing IT services deployed across the different data centres. The consensus was to replace the old platform with native AWS products with light customization. With the AWS pay-as-you-go consumption model, there is no upfront commitment. The fully managed nature of cloud-native services made this a low-risk approach that would allow Porter Davis Homes to focus on its frontend customer experiences, not its backend support services.

The Porter Davis Homes team also needed a way to quickly deploy Amazon Elastic Compute Cloud (Amazon EC2) instances in a reliable, consistent, and repeatable manner. To that end, we introduced the team to AWS CloudFormation and AWS CodeCommit. Now, using infrastructure as code, they can build servers and configure environments without help from outside developers.

For monitoring and alerting purposes, we enhanced solutions built on Amazon CloudWatch with AWS Lambda-driven automation, which provisions new alarms when additional servers are deployed and decommissions them when they're terminated. This gives the team access to and oversight of their new environment and removes the need to rely on notifications from a third party.

The pride of ownership

In the words of Jason Snuggs, an infrastructure architect at Porter Davis Homes, “The new, modern environment is flexible and adaptable to constantly changing business requirements while being easier to monitor and manage thanks to the improved skills within the team.”

In the end, this project was about providing the right tools and guidance for Porter Davis Homes to make infrastructure decisions that serve the business and customers. In the process, we empowered its small but mighty infrastructure team to maintain the house we built together long after we’ve left the building. 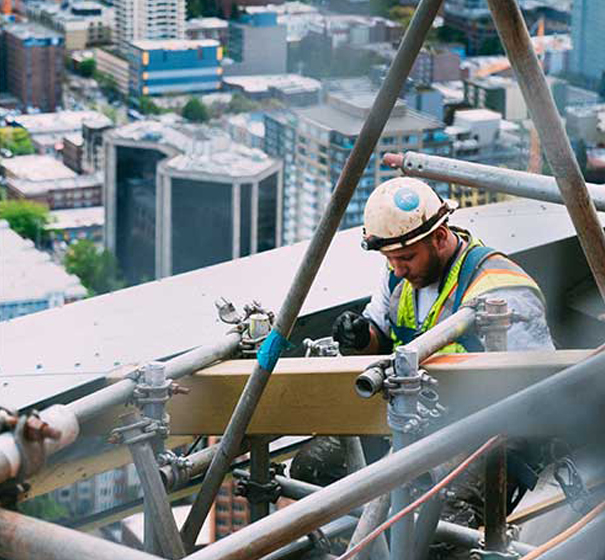